The book is 4D. Live events support the book. Books point us to authors, and authors are becoming transcultural to keep up with better books and new media; different branches of industry are connecting to make publishing work, whether as a oneman job or an everyman's job throughout the contagion of business models. Academics congregated to discuss the state of the industry and book culture, and some expressed that professionals (particularly publishers) should take the time out to think like academics even as they go on about their business.

Few things struck me as memorable from the two days:

Live events being great marketing opportunities, but also revolving around the book, book theater, not thankfully being simply booksy ( I'm not at all convinced by the link-article in how it judges book aesthetics) were other aspects of the two day cultural theory program.

All kinds of speakers enriched the occasion. From Slovenia's Miha Kovic to scholars from the University of Paris, Peggy Hughes, Crime Novelist and Bloody Scotland's Lin Anderson, and several well known scholars from universities and publishing houses in England and abroad, there were diverse observations on the book, facts  opinion and practices, predating the sixteenth century up into the present with predictions for the future, including Martian musings on what publishing might look like in 2025. On the other hand, ambiance and the opportunity for souvenirs were cited important factors while thinking about the future of the bookshop as a cultural venue. 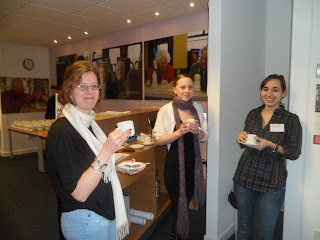 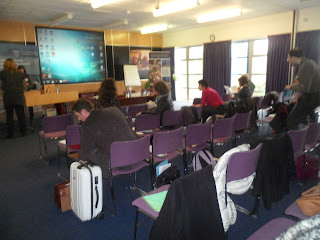 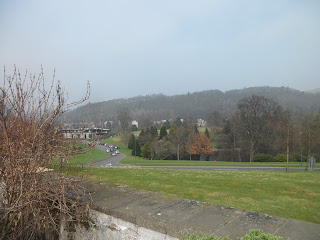 Despite the rise of social networks, and power shift from editorial to consumer-editorial, good editors should be informed by data and consumer behaviour, rather than be driven by it. Amazon is not a bookseller, but a market grabber, a giant retailer of all things, and is certainly not a brand with a mission for books and better reading. What was especially heartening was that social media marketing took only the backdrop, as an accessory, a tool to the actual discussions on the book that took place.  In fact, budget and marketing strategy will always only wrap itself around vibrant editorial concepts. Alastair Horne discussed some extremely interesting facts about ebooks, apps and digital pricing models.

But the secret to a successful book festival is a book festival with a heart added, Lin Anderson. Authors should float about like in a bar, not glued to a high chair.

Puzzling question of the day: what is the point of a website for Damian Horner?!

There are more cities I would like to see in the UNESCO Creative Cities list. If small countries can save the festival, independent publishers can save the industry. Bookshops  could strive to become destinations for the wealthy, offering boutique experiences for local folk. But I mean, if saving the bookshop was about saving a Crosswords or a Waterstones (how unambitious!), I don't think i really care to visit one, ever. I'd rather shop for clothes in the mall and continue buying new books on Amazon and borrowing older stock from the library.

The utterly lucid event was held on its second day in the lovely Iris Murdoch center with stunning views of the city from this home of Dementia Studies. Of course, being bilingual is a whole other cure.
Posted by Unknown at 3:22 PM No comments:

Mija Kovac came to class wearing two hats. One as digital strategist and publisher at the Mladinska knjiga Group, the other as the chairman of the Department of Information Science at the University of Ljubljana, Slovenia. He gave us a well rounded insight into book publishing in small markets like his native Slovenia, where 16% of all books sold are in the English language. Slovenia he said, is the perfect example of an average nation in the EU reflective of average patterns in everything but reading habits (higher than average).

Problems in the Slovenian book market include the universal ones of competitive retailers and rise of ebooks, the decay of brick and mortar, apps over illustrated books, and the uncertain future of the library. More local problems that he pointed to included the fast growth of reading in English and competition from USA and UK retailers and small markets having not enough resources for R and D and investments in digital infrastructure.

However, people are buying 3 times more electronically, and the threat is not so much to protect copyright as it must to protect the buyer, he suggested. The MKG owns over 57 bookstores with about 454 employees, ploughing back a turnover of over 25.5 million Euros each year, closer to a third of the Slovenian market. The company (conglomerate) enjoys strong warehousing and distribution services, and publishes on a principle of low print runs with a high number of reprints, a functional successful mechanism in a small market like Slovenia where good content is sought, regardless of the price (despite the absence of a Net Book Agreement). Though there is a high penetration of English language ebooks in Slovenia, there is no data to support the increased circulation in the years. In fact, it is his dream to create metadata crawlers that effectively tag information about books and publishers, as a book's metadata influences best what we buy as it algorithmically makes some appear more often than others.


'Ebooks are changing the landscape even in those countries which pretend they don't have an ebook market.'

Problems faced in the Slovenian book market include competition from ebooks and etailers, breakdown of brick and mortar, apps as competitors to illustrated books, and the uncertain future of libraries. 'Ebooks are changing the landscape even in those countries which pretend they don't have an ebook market,' he opined. Will libraries exist in a climate where books are being sold for about 1-2 Euros? And if libraries and brick and mortar bookstores disappear, the entire book will disappear from the urban landscape altogether, even as book organisations increasingly latch on to technology companies. Ebooks and apps should be treated as a spin off enterprise, and when combined with more European Union and local funding, could make better headway. Whether Apps and ereading are a distraction or an accelerator to the educational experience, remains a much debated topic. For the future, as information continues to digitise, he offers that publishers should have more links with technology companies and universities, and learn from other branches in the industry.

He talked about the importance of the appearance and semantic web of the author in times where certain authors may sell well only within a certain cultural context, and remain unnoticed in others. And, Amazon is evil not just because it is killing the book market, but because it lacks a genuine interest in dealing books, 'all it wants is more customers', he reflected, embodying the emotion of a true blue publisher.

Dr. Kovac's ongoing two day talk is a power-prelude to the weekend's much anticipated Book History and Book Cultures Conferences at University of Stirling.

Watch this space for more.

Posted by Unknown at 8:46 PM No comments:

Edinburgh, 27 February, 2012 - As part of the group from Stirling International Center for Publishing and Communication, I attended my first business conference in Scotland at the Royal College of Physicians, which was also the first time that Publishing Scotland opened its doors to publishing Students, thus bringing down the average age of the conference-attendee by a couple of decades at least, joked a member. The CEO Marion Sinclair's welcome address made it clear at the outset that 'the walls had been breached', and disintermediation was a clear concern for the present and future. Subsequent speakers' presentations were filled with running metaphors of marriage (wedding cake, pre nuptials, divorce etc.), but there was moderate positive feeling in the air for *what was to come* with book buying, book selling, and book publishing.


I particularly enjoyed the keyote address by Mr. Alan Clements, Director of content, STV who mentioned the lack of communication between Scottish book publishers and producers resulting in the lack of quality local ideas to improve Scottish programming at STV as he analysed the pressing trend to homogenize Scottish identity in the sea of mainstream English programming and future gazed into what lay ahead for media and the culture. Steve Bohme from Book Marketing Limited enchanted everyone with his allusions to confetti in explaining the key retail market trends and increasing relationship between book buyers, book sellers and book publishers. The talk by David Walters of Nielsen further addressed the overall decline in all genres in the Scottish book market in 2011. Jon Reed, offered his social media marketing expertise, even if he came down as a bit of a repetition from the slides of our regular classroom sessions (his miles-wide internet presence to thank!), as he waned on about harnessing our social media impact in the usual ways. There was an immensely uplifting talk about Metadata,  a panel that brought together leaders of small publishing enterprises showcasing the very small scale (size) of Scottish publishing. Representation from the Society of Authors brought to the fore nightmare stories about agents and publishers and the surge of hope that e-publishing brought for authors. An interesting segment by two Edinburgh and Glasgow libraries' direction of/partnership with cultural festivals, and their ambitions of a library imprint, emphasized their growing importance in the publishing value chain, offering much fodder for thought as well.

All in all, a very insightful daylong session, that as some argued, begged for some London perspective also. The panel discussion on Apps, entrepreneurship and the new Scottish publishing was useful, but a lot more could have been talked about the digital format of the book.

Posted by Unknown at 2:03 AM No comments: